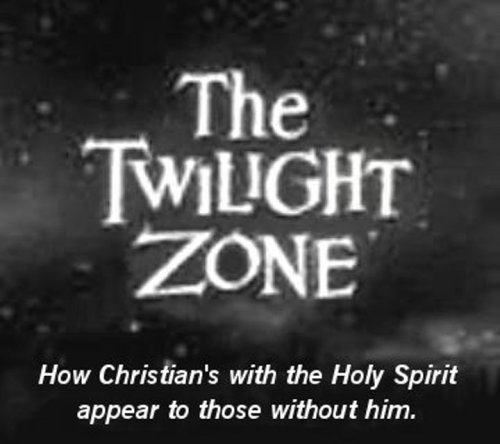 The first thing to understand is that our Lord is spirit, so we must learn to identify him in spirit, and not just by natural senses, but by the supernatural.

Everyone born into the world by natural miens is a son of Adam, and if not regenerated of God, is still a son of the Devil, making them the Devils agents, liars, thieves, murderers, adulterers and thugs by nature. In most Church circles we have been taught that we are all fallen, and need a Savior. We are also taught not to judge people, and to look for the goodness within them. Yet Jesus taught that nothing in man was good, so his disciples’ had to learn to be wise as serpents, yet gentile as doves in spirit to the world around them.

A true sheep of our Lord will already posses the quality of being meek and mild (gentile as a dove), while desiring to follow his shepherd and be close to him. But a goat on the other hand, will not be herded, follow a shepherd, and would rather jump, climb, and butt their way to the top. They function in independence, rather than dependency on their master.

Fallen man will never submit to God, or his principles. Rather they fight God with everything that is in them. This is why the Holy Spirit of God must do a work within us first, in order to bring us to repentance and salvation. It is my personal opinion, that those who are elect towards salvation will inherently already posses the nature of a sheep, or that of being “good ground” for the word of God to take root in eventually. Yet we are talking about people’s spiritual conditions, as when Jesus described people as being different types of grounds, so I do not want to digress into trying to explain what can only be discerned by spirit.

The most deceptive people to a follower of Jesus Christ are people having a form of Godliness, but do not have the spirit of truth; who is Christ himself. These type people have an apostate spirit and the nature of a goat. They tend to act mild-mannered on the outside, cultured, principled and often intellectual by nature. The most effective and most dangerous “store front” used by this type of individual is the “Church”, with most having being taught good Bible understanding within their minds. This is most dangerous to true believers, as they are nearly always deceived by this religious’ yet false spirit of truth, (as the truth  is only found in Christ).

The spirit of anti-Christ is everywhere, he is known as the Father of lies. I will give the reader a couple of examples of using the store front in masking deceptions to the genuine believer.

It must be understood that the deceiver already knows who the sheep are, and who his goats are.  My first example is when I was driving home on Christmas Eve, after spending some time with a new Baltimore City police officer; I had met who just happened to be a black man. I wanted to believe that people were basically good-by nature, so I let my guard down intuitively.

I was passing in front of the railroad station, to my apartment in the City. When I looked over and saw a van having its hood up, apparently having engine trouble, with a man waving his arms for assistance. So against my better judgment in avoiding that railroad station, I slowed down in the road as the stranger waved his arms in the air singing praise God, praises to God, someone has stopped to help me!

The stranger asked me to take him to a filling station as the neighborhood got darker and darker, than he wanted me to drive deeper into the community, so he could pay me for my efforts. I then woke up, realizing I had been had. I always kept a survival knife bolted next to the door beside my seat, but I did not possess the will to use it on the man, nor did I wish to have bloodstains inside my new truck, so I gave him the money I had, and told him to get out. While walking away he proudly proclaimed to me; be careful who you pick up in this neighborhood, this is a bad area brother, as he laughed with amusement to my ignorance.

This second example is concerning a man “I thought I knew” for years. I had known his mother and father, a retired Methodist minister, and had run into his brother a couple of times, with his wife.

This man was a big man, with a good-looking and rugged type of appearance in nature.

We had become friends oftentimes experiencing many of the same type hardships in life, in trying to be accepted by others around us. He attended our Church, had come over and helped me on projects and work around my home. We shared jokes, meals, talked about the Lord, and this apparent brother had once even corrected me when thinking about skirting my responsibility for dinging a stranger’s car door.

In our wheeling’s and dealings, I showed him tools I owned which no one else had ever been shown.

One winter, I had paid in the spring for some trees to be cut up and split for firewood in my backyard.

I had thought I gave this friend a pretty reasonable deal on over a cord of wood. He paid cash for what I had asked for it, then later became indignant that he had paid so much, and burnt it up so quickly.

Another friend of mine in the firewood business told me it is always that way with a customer, so I forgot about the issue. Some time went by, and I started receiving phone calls from my old buddy asking me if I would be around today, how about tomorrow, and so forth.

Finally a couple of months went by, and my brother-in-law (a mechanic) came over the house, and we went to my detached garage together so I could show him my favorite tool, a refractor meter used to measure batteries and antifreeze levels. The instrument was gone from my toolbox, and only one other person knew of its location, and it cost about the same amount of money as a cord of wood!  I was hurt and angry about this theft deducting who it may have been, and sent my old friend in an e-mail, asking him to return the meter when he was done using it.

Later that spring some minor vandalism and theft had occurred outside on my property, which closely resembles some of this guy’s character traits, concerning small theft and property destruction. I had unavailingly witnessed before which had been done to others, who once had a relationship, gone badly with this fellow.

These are just the more pointed examples of people who masquerade as Christians, or use a storefront appearance to mask what really is within them. The better educated with Bible doctrines, the more deceptive they can be and function, just like their father the Devil who himself wants to be God. False brethren always resemble in spirit, just who their fathers is! So discernment can never be something which occurs on an intellectual level, even when applying doctrines or scripture understanding with the mind, but rather true brethren are discerned by spirit, and a mature believer must know how to test them.

To sum it up for fellow brethren, who actually know and follow our Lord, ask yourself; does that person ”ring right” to the spirit within me, by intuition rather than just doctrine..?

Filed under Disciples of Jesus Christ.