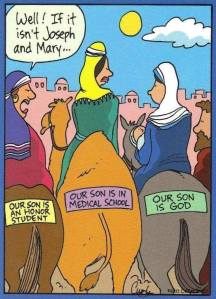 I was friends with a man who may have started off with Jesus Christ, but through his actions he never grew in Christ, and rather than to give up his love for the things of the world to actually follow Him Christ as a disciple within his life; he puts the Lord God on a shelf, amongst his collections dusting Him off on Sundays, to pay tribute too – while forgetting and walking in Him, during the week.

This is not uncommon at all by most professing Christians, so I have decided to use the oldest friend of mine, as an example of the cost which must be paid, should one hope to enter the kingdom of heaven NOW, before they die!

This heart attitude towards the Lord God is a very neat little arrangement, and such men are never short on providing lip service towards the Lord when pushed. However, he never seems to be proactive “in” Christ, outside of the “train garden” of his life. As you may, or may not have guessed; the man I am speaking about is a Priest, in the Cult of the dead women. The mother of harlots developed under Constantine.

The abominations of what he had to have experienced while in seminary never seemed to spark any type of repentance towards walking in the truth. That too was shelved, so that he could be called rabbi, rabbi, in the streets by men.

As far as I know, the man doesn’t practice gross indecency towards God, but none the less he seems to have been given over to the “things which he loves more than God”. He loves his position in the world and being seen as righteous by many. He absolutely loves the same hobbies he once loved as a boy, only to have added towards his collections tenfold, and in full size, what he once held dear, in a scaled down version. He travels and photographs all his love for the world, at many a nostalgic location.

I cannot condemn this once brother and friend because he seems to have become blinded towards his own spiritual end. I too once loved the hobbies of this friend and collected allot of memorabilia to a lesser extent, the wealth of personal artifact’s which my friend enjoys, and must have to store in additional buildings apart from his personal property. I must say, if I were still a man of the world, I would be jealous and full-on envy for this man’s possessions and stature amongst men, yet I am not.

The reason I believe is because the Lord God never allowed my heart to become gripped with my love for the things, positions, or stature in the world. This was all done out of love for me, because of grace; yet it never really felt like that was the case as a young man, but rather unjust to me. You see, I like most was pushed and driven to try to obtain to “be someone” in the world. I had never understood the great cost which I would have paid for that with my soul, and in my spiritual life – which would have only led towards my spiritual death!

I tried and tried to obtain a stature in this world, but to no avail it seemed. I struck out on my own as soon as possible, going to sea while in the Coast Guard. My experience there was short lived, a ship chocked full of wickedness of the highest caliber. One shipmate who slept beside me even ended up in jail for a double homicide some years later. Another perished in the icy waters of Alaska while still others went on to become Chiefs and Officers. I, on the other hand, was hated by some in authority over me, who wished to only derail me, at every crook and turn. But, the Lord God knew what he was doing in my life. Ronald Reagan’s Reduction in force (RIF) hit the Coast Guard hard, the ones who had missed their schooling (as did I), and the less than desirables, were given the choice for an early out. I had attempted to switch my rate from the engine department to the deck department and was approved upon the senior Boatswains mate learning that I had worked in the canvas and rigging industry before my enlistment. But for me, this was not to be, as the officer (one of the first females onboard) dropped the ball on my transfer.  I later petitioned the Coast Guard to grant me an upgrade to the code on my Honorable Discharge. I had (perfect) 4.0 conduct marks during my enlistment (meaning I never got into trouble) but was marked on low leadership – even though I was never a leader.

I obtained a Merchant Mariners Document and went back to my love of ships. I obtained high caliber letters of recommendations from senior Naval Officers, who knew me, and my work. I then submitted this documentation to Washington, and finally the upgrade recommendations’ were approved and completed. Now, I could leave the comfort of the Lightship Chesapeake of operation sail, and join the Army Reserves as a watercraft seamen, and later full-time marine engineer.

I was most content while working on the tugboats which I loved to sail upon. The bonding I experienced with the men on the docks was most fulfilling to me. And being a soldier in the field or in garrison seemed to suit me well. I then started dating a gal from the eastern shore where I now lived, and the Lord moved us and started working in our lives in miraculous ways, and we were married in Sept. of 1998.

Then came the 911 attacks on our country. I had switched units looking for promotion towards SFC, but our mobilization for Operation Enduring Freedom now took first place to any personal promotions. After returning home, our (PCA) Church had finally completed the building for the congregation. I was elected to leadership, with the Deacons and Elders class. For once in my life, I had academically not only scored well with the other Deacons but had surpassed the Eldership requirements as well.

Yet this too was not to be. I had just returned to my old watercraft unit, whom I worked for full time. On the second day of training, I experienced a massive heart attack while undertaking water survival training. Something which I had done since my time with the Coast Guard. I felt and saw Jesus Christ shoulder to shoulder next to me when my heart first stopped. I was resuscitated again and again in transit to the hospital, then finally air lifted for emergency stenting. All my arteries were quite clear, except for the thrombus which had lodged itself to the major heart chamber. I remember after taking off my floatation suit, the problems began. I am very thankful I was with the Army that day, those men saved my life!

I also remember looking down on my ambulance, with a feeling of perfect confidence and clarity; which I had never experienced before. Yet my soul knew I was on my way to see the Father, and I pleaded with Him to spare my life, for my wife’s sake – and so I could complete my mission (so to speak) on earth. It is an understatement to say that experience was the most final of all my life, the last words and prayer I had ever muttered. Yet the Lord was gracious to me once again, for His purposes, not mine.

I remember praying that I wouldn’t be just pew stuffing in the Church, I wanted to be effective like Paul and Silas, I wanted the Enemy to know just who I was; as Satan did not know most of the early Church. A hospital nurse later spoke this exact prayer back to me, when I was in the hospital with a second batch of chest pain… The Lord had just spoken through this sister, saying “Mr. Dell, the enemy knows who you are, but this will not stop what the Lord has planned for you”!!!

One thing which I have come to understand is what Jesus spoke about the rich man (rich in this world) and of this world, entering the Kingdom of Heaven. He said it was easier for a rich man to pass through the eye of a needle metaphorically; than to enter (in) the Kingdom of heaven. Verses like this one are put under the theological microscope, and the natural mind attempt to try and explain it away. One such example is making it a gate in Jerusalem, which the camel has to get on its knees to enter. Yet, I have also been told the Greek word for hawser (over 3” in diameter rope) is referenced to having to be threaded through a needle. Yet the natural mind receives not the things of God, as they are spiritual, not fallen like the natural mind. I contend that both analogies are correct, as it is the heart (what you love most) which is important.

This is also why Jesus said, if a man loves the world – the love of the Father is not in him. It’s all about the greatest of all the commandments, loving the Lord God first, and continuing with it… It has nothing to do with theological positioning; it is all spiritual!

I was raised and drilled in Calvinism a theological doctrine of the scriptures. To the letter, it is mostly correct. Yet all the scriptures agree, so it is by no means complete in “its understanding” of the scriptures. Like most man orchestrated writings and studies of the scriptures it is incomplete, with a hit and miss approach. Most who start with Christ in salvation; their hearts become diverted to something in the world which they love more than Him. This is why Jesus also teaches unless a man hates (a strong dis-preference for) his Mother, Father, Sister, Brother, Wife, even his own life; he cannot be my disciple!

Jesus said he came to bring a sword (division) of the family, being against the disciple. The Apostle Paul called those who would not be crucified in Christ “enemies of the cross” John called many who started off with Christ, but became “diverted to another Gospel” Antichrists. These are “ministers who have fallen away from the faith” not Satan, or demonic beings. Jesus did not focus personal, or world unity, the hungry, the poor, and all the other social programs within the Church today. He preached rejection of those from the fellowship, who were not brethren, and of a different spirit than himself.

As a result of the man orchestrated systematic theologies, a completely different social gospel has emerged. These are Harlots, not the Bride of Christ, being kept unblemished for her Bride Groom!

I have used an old friend in attempt to show, that success in the world, is like the rich man (rich in this world) and he cannot (not elect of God), nor will not (the broad roader) turn himself over for execution so that Jesus Christ can actually be made manifest in him, before he dies. This type of “Christian” individual, is who Jesus is speaking too when they proclaim their works for him within their lives. He says, “go away from me, you workers of iniquity” “I never knew you” (intimately speaking).