The Irony of teaching Spiritual things in the flesh. 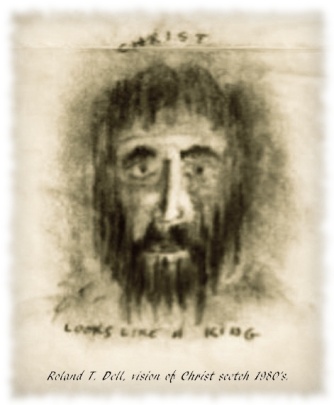 I do not wish to pick on Jim Dodson, nor any other for their sermons, (but unlike him) I see targeting Americanism, Calvinism, Charismatics, even Catholicism as an exercise in futility when attempting to point out the “Spirit of Antichrist(s)” especially when the speaker has no idea of what Spirit is within themselves!       The way I see, it is that all man Orchestrated Religion and Study, always produce only the same results, in an attempt of justifying themselves to God outside of walking in Christ, which is unjustifiable before God, as they are functioning in carnallite, and that they are not moving with Jesus Christ, in spirit and in truth.

Anything which is done within the flesh is dead, rotten and stinking, no matter how well the presentation. It is only by abiding and moving in Christ himself (by Spirit) who is leading us, can anyone follow Him, even if called by God to teach. Most Westerners don’t understand the spiritual man, as they assimilate scripture to their natural minds at best, often even if they are actually born again! And this is a monumental problem, and always has been, in even being able to grasp and understand the scriptures in contexts. In short, the Bible is only actually written to true disciples of the Lord.

It simply is astounding to me how many people who claim to personally know the Lord Jesus Christ, yet have no clue as to what it is to have the Holy Spirit, nor how to discern HIM in others (or not). Of course, this is an impossibility if one is not born again of the Holy Spirit, as they have never seen him or known him! The one who is truly born again of Spirit is the only one who is capable of discerning different spirits plain and simple.

Scholars and scribes study the scriptures which are meant only for God’s actual disciples, (on the narrow way) and yet apply it to themselves, and other people who God has not done a work in! They get extremely agitated and annoyed by the actual brethren who can indeed tell the difference!

Paul said that he could tell who was with the Lord, not by words but by Spirit. The problem today is that few are able to demonstrate they are disciples of the Lord Jesus Christ, as either their flesh is still too strong (so to speak) or that the Lord has not yet sent them forth in “Power and in Truth”.

If you listen to this MP3 broadcast (located below) , you can plainly tell that although the contexts are correct, the word is not spoken in the Holy Spirit of God, but rather reeks of legalism and doctrine. The “Puritans” still seem to target the Church of Rome primarily, and Armenians, because they are seen by Calvinists as having – doctrines as Antichrist(s), ( and they are correct) although they are only “more correct to the letter”. Most seem not to know Christ in “Spirit” and in Truth, which cannot be taught to anyone who is not already the Lord’s – which is always missed within the establishment of Churches.

Still Waters Revival Books  {Who I consider to put forth great teachings academically, but who are not filled with the Spirit of God}

It is my personal belief, that the so-called Reformers are on the right track doctrinally, but like many of the Puritans, they lack the most important element of teaching the Bible, who is Jesus Christ himself!

The Bible is an owner’s manual so to speak, to those who know, follow, and abide in Christ – and not written to the world and his wife, nor false brethren.

The natural man always thinks that a brother that would dare point out such apostasies is simply filled with “spiritual pride” or even accused of being “bitter”: and from their perspective, they would be correct. Yet in actuality, since they have never been filled with the Holy Spirit of God; they are blind to what an actual disciple can see, touch and hear.

Satan is the greatest of counterfeiters, and only one who is filled with the Holy Spirit of God is able to be discerning of the spirit of Antichrist, and no others.