Maybe I’d have been a broad roader..?

Being a disciple of Jesus Christ is of the utmost importance in who or what you love above and beyond anything or anyone in the world!

I was trained as a Reformed Christian, (Calvinist) which simply means I was trained the Bible with about 75 -80% accuracy. Still, the truth is only found by being “in” Christ, and not outside of him! Most (the scriptures tell us) will NOT enter into the Kingdom of Heaven – which is found on the inside of an actual follower of the Lord, and not externally.

At this point, I would venture to say, that most will read this article and just shake their heads in dismissal of what they consider being foolishness, or a lack of understanding on my part. But, Contraire, spiritual life is not foolishness at all, but is seen as foolishness unto the carnal or natural understanding. And so, now the root of the problem has been exposed.

Let me put it in simpler terms, the believer’s heart is the issue in who, what, or when they decide to actually abide in, and follow Jesus Christ into the Kingdom. Most will take the broad road, as they are actually enemies of the cross, and cannot be expected to lose their own lives in the world, in order to gain Christ’s life, (which is everlasting) and find it anew eternally. I struggled and studied for years to find acceptance and even accreditation, within the “Church” – but the “Chuurrch” is something “other” than actually following Christ; I finally discovered (or should I say) “was shown”!!! 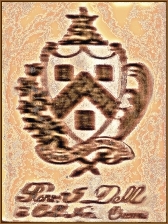 I was offered an Independent Anglican Priesthood, at first, then another, and even another in the world. This all happened after I experienced the “nonoffering” of an Elders position, within my local assembly. So I pushed outside to further my “service” to the Lord via other institutions, desperate for acceptance. Yes, I admit it, I was desperate to be recognized as a man of God, and finally (I thought) within my life.

Bishop Bruton, nor the other men above me, would allow compromise with the 1611 King James, and an allegiance to Rome.

But, the Lord God my owner, had a different plan for me… A massive “widow maker” and near death experience, on my 20 years of military service and 3 days after my worldly ordination. But why? I wondered, and in my search for the answer, I was finally shown the TRUTH – who is Christ himself!

He showed me, Himself, in my NDE pressing up next to me, then I saw Him again later,– opposite my study! Dr. Gross who had trained me while in street ministry exclaimed “Roland, don’t you see, it is Jesus saying follow ME, Roland, follow Me”!

If I had taken any other path, I would NOT have been following Him, Jesus Christ, my Lord, Savior, and Master. In other words, I would have followed one of the many “whores” or unfaithful brides, who are found in Revelation Chapter 17.

This is what a “broad roader” does, they follow someone or some system, rather than following Jesus Christ. Yet the actual disciple follows Jesus in their heart of hearts, as they love Him above all else, and all others in the world! That’s right- I’m lamb blasting the so-called church, who are masquerading as the bride of Christ, but in actuality, most are of the spirit of Antichrist, apostate, and filthy whores, drunk on the blood of the Saints!

Elect unto Salvation, Yes, do most continue with Christ, No. But by the grace of God, He showed me just wear I was lacking in my “Reformed” understanding. And as the “good ground” like found in Luke chapter 8:15 – I responded in the affirmative, for I love the Truth (Jesus Christ) that I “might be” ultimately saved and sanctified unto new life.

And that’s the rest of the story, which is hated and despised amongst men!