This and other products continually, and not so subliminally, choose to promote a global market of unity, with the blending together of all peoples and cultures. Not excluding perversity or social changes which would have been deeply offensive in the past. 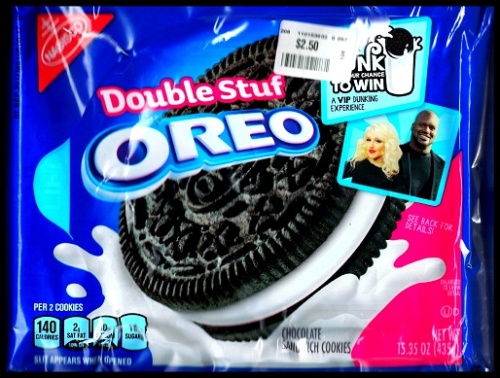 Yet it really does not matter, as it is the Lord who allows or disallows the purposes of men.
Since the fight against the Nazis’ and eugenics (the holocaust) after World War Two, the world (perhaps justifiably) swung in a new direction within sociology, particularly within western cultures (whites and Christian informed values) coupled with the revisionism of history, often by humanistic elitists.
So, it is now considered “extreme” in pointing out such engineered social changes, as people don’t wish to be labeled as xenophobe’s, homophobes, racists, sexists – and I can’t recall the word for transgenderism, or maybe it hasn’t been invented, as of yet?
Shaming is another popular phrase used nowadays in pointing out obvious disapproval of lifestyles or choices that dare entail a moral or “old school” ethical code.
This is all being socially engineered at the highest levels of global powers of government, to include: school systems, media, advertisements, industries and even the military. It has been underway for decades, which in my opinion, is paving the way for a world leader who will tie everything and everyone together – including the carbon dioxide we expel in breathing, and even the weather itself!
This is slavery to the world to me, the “Mark of the Beast (666)” in everything one thinks about, or puts their hand too! God’s people do not operate at this natural level, and if they “know Him” follow and fellowship with Him, they have already received a different mark (777), which is not of this world, yet they will be hated of the world for Christ’s name sake. This is all organic so to speak, in the testing of one’s heart towards God.
This goes far beyond natural intellect in using the scriptures, doctrines or theology, it is simply a heart issue for those who have a love for the truth that they “might be” saved (the good ground)!
Also, we who walk with Christ, should NEVER apply this spiritual principle to the world (the world’s people) as they are totally in a different camp than the actual Saints are meant to be. They (the world) cannot understand the prodding of the Holy Spirit within an actual believer, as they do not “walk in the SPIRIT of Christ” and it won’t register deep within them.
God’s people have always appeared as extremist, or appalling legalist to the word, and today is certainly no different! At a spiritual level, “I am vexed by the sins of the wicked” but I cannot allow it to intrude with my spiritual life, or even should attempt to change it, for my countries sake (which is carnal). And for me, their inlays the battle of my flesh. We who know Christ must be able to say – let the world do as it likes, I am NOT the judge, and I don’t try and fix people(s)!
Yet it seems to me that this is the “churches” focus; to try and fix the world and the people in it, by applying Bible principles and standards which are not meant for them! Even evangelism today is used like an infectious virus, which those who walk independent of the Lord – hope people will catch!
It has never, nor will ever work in this manner, as the chance of salvation is only for the elect of God who are chosen before the foundations of the earth, and these are whom the Lord Loves, and attempts to do a work in. This plan is engineered by God alone for His elect, and cannot be effected by human medaling! Yet with even the elect, even fewer (which are given the chance to enter) fail, as they are not “good ground” within their heart of hearts, as they love something in the world more than Christ! Salvation has never been a “fire insurance policy”, rather it is a deliverance from sin, an inner working which must be brought to term, before our deaths! The Ten Virgins also represent the elect of God, half of which are entangled in the world affairs, and will not go to the Lord to be filled (their lamps) with the oil of the Holy Spirit, who this article is targeting…
Human beings love to be thought of as in control, it is the same pride which Satan has, which caused his expulsion from heaven. Religious Church peoples (Christian) also exhibit this trait, as they attempt to use the Bible to try and justify themselves before God.
One of the most sensationalistic times in human history is upon us, the appearing of the apocalyptic “antichrist” (who is confused with that wicked, the man of sin) who is always portrayed as a charismatic world leader, who correctly performs many (false miracles) and unifies the world in “multiculturalism” (the feet of Iron and Clay) at the end of the age. This is nearly wear we already are in human history – hence the “Oreo Cookie allegory” I’m using as a bench mark historically in an attempt of showing “world unification” of those who the Lord physically separated at Babble.
Today the church (and Hollywood) loves to take the Bible and apply it to the world, devoid of the Holy Spirit’s teachings! They use the Bible by carnal means, in trying to paint a picture of things to come. I don’t think the Lord wishes for “the world” to know just what is transpiring in the heavenlies, even Jesus Christ was not told the day or the hour of his second coming. This is no mistake of course, as God knows that men would try and calendar such an event, as well as knowing that is spiritual prophesies could be understood by the world (the mark of the beast as an example) or the actual four horsemen of the apocalypse – which is probably already underway… Perhaps this is why the understanding of the book of Revelation is said to be such a gifting (for those who are real) and filled.