I have discovered exactly what Jesus was speaking about concerning the sower and the seeds, only a remnant are actually good fertile ground, producing a good root system and then their fruit. I had a very close brother whose fruit sprang up quickly, and who everyone recognized as moving in the Lord! It was marvelous those first few decades in knowing him, yet later in life as things got tougher for him in the testing of his heart, and the concerns of the world, he seemed to wither and die on the vine. In this passage Jesus is speaking about the effects the ground has on the same good seed which fell upon the ground. The type ground one is, produces sometimes nothing, (as in the hard ground) or perhaps the plant springs up quickly as in the shallow ground then it dies, or the rocky ground although it produced life, the hardship of life was too much for it. And then of course the “good ground” which produces a good plant with deep roots, and lots of fruit!

Yet the ground parable is speaking about the elect of God, and what the “Word of God” (Rhema – ῥῆμα in Greek) inside the selective types produce. And yes, these are the ones who actually started with Christ, yet the path becomes unnavigable for all but the last type ground!

Whereas the Wheat and the Weeds, (Darnels) parable is speaking about the world and the elect of God towards salvation. Yet even more pointedly, these “Darnels’ are sowed into to same field (gathering) by Satan, in an attempt to choke out the wheat and kill the good crop, having had corrupted it!

Of course when Jesus returns the great sort out will begin in earnest! *** Matthew 7:22-23 > [22] Many will say to me in that day, Lord, Lord, have we not prophesied in thy name? and in thy name have cast out devils? and in thy name done many wonderful works? [23] And then will I profess unto them, I never knew you: depart from me, ye that work iniquity.

This will probably occur during the thousand-year reign of Christ upon the earth, but even if it occurs during judgment phase, it is but academic in nature. The doctrine of once saved always saved (TULIP) is slightly flawed in the latter allegory, whereas the Armenian Doctrine is flawed in its early teaching that “anyone may come” and tends to use fear and legalism to keeps its tenants. Whereas what I am attempting to explain is closer to the whole truth in being “saved from sin”, unto new life by actually experiencing it, just not being taught about it!

The great point which I am attempting to make is; unless you actually have life found only in Jesus Christ, and walk in it, you will go through life constantly confused by those who claim to teach in His Holy Name. I will go as far as saying that over 90% of the so-called ministers I have met preach another Gospel, than simply Christ Crucified, whom is in but a select few of the population! The rest is “a load of old church” who have never seen him nor known him, and really don’t want to!

This is one of the reasons it is written Luke 10: 21 In that hour Jesus rejoiced in spirit, and said, I thank thee, O Father, Lord of heaven and earth, that thou hast hid these things from the wise and prudent, and hast revealed them unto babes: even so, Father; for so it seemed good in thy sight.

In other word, this is not intellectually digested doctrines, but Spirit, and those who don’t have him are plumb out of luck! I write this as I have always been lumped in with the rest of the so-called believer’s, and being told there is no difference between me and them! That is a lie straight from the pit of hell, meant to discourage and distract me, and it wasn’t till the Lord started to work in my life in a powerful way, that I recognized the difference, and driven home by my near death experience, having Christ shoulder to shoulder next to me!

Now to be fair, most can’t help it, as they were sown into the world as weeds, and the Lord God has never done a work of Salivation within. And yes, it is only by grace we are saved, but we must learn to discern who our brothers and sisters actually are, and NOT SHARE only what we as family possess, namely the workings of Jesus Christ within us. We are only to share the Gospel with outsiders, lest they come into the fellowship and confuse and destroy the workings of the Holy Spirit, whom only works within His own, by the grace of God.

In closing, I would like to add that recently I’ve experienced jealousy within many brethren, (myself included) not because of spite, but because of a great need, a hunger, which me and others have experienced for so long in finding a “Man of God” who has been actually equipped by our Lord to feed so many hungry sheep! This is almost instinctual spiritually in seeking greater insight, and that time is very precious to an actual child of God, especially in the days wear so few actually exist, now! 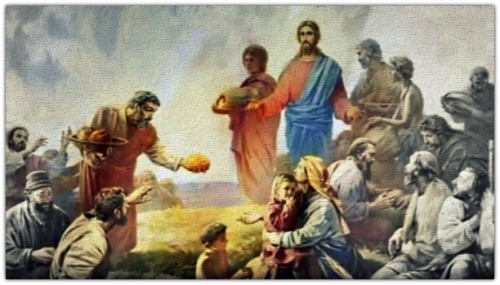 It is the Lord who has shown me my jealous rage to be fed properly, yet it may take some time for others to recognize the same problem amongst themselves in being fed while in fellowship with an elder. Yea, we all have the same need, yet it is only the most mature who can recognize his problem within another, and wait quietly.

This has been a brutal generation to grow up amongst, and most of the men and women of God, are with the Lord now, and only few remain in actual faith. This is why it is written:      Luke 18:8 > I tell you that he will avenge them speedily. Nevertheless when the Son of man cometh, shall he find faith on the earth?

Justin Hughes has researched the DARNEL as a plant comparable to WHEAT, and has taught me much about the Lord’s work of salvation, and false brethren. This is in combination with 30 years of ministry and training in walking in the Spirit of Truth, who is Jesus Christ.