Worrying about being in the right place with God…

I’m writing this post today, as I’ve been worrying whether or not, I am in the right place with the Lord recently. I truly believe the following is what He showed me…

Walking in the Spirit of God, is a “most” simple thing to do, if you are actually with Jesus Christ in Spirit and in Truth. It is not a rules and regulation religious thing, but truly spiritual. For lack of a better term, allow me to “reverse engineer my experiences” in drafting some examples. Years ago, when I was on ship at South Street Seaport in New York, we were at anchor and I was sitting on the fan tail. As I sat there my eyes happened to wonder upon a vessel whose line was unraveling from it mooring, I immediately jumped up and shouted a warning to our crew!

To my utter surprise, they asked how did you see that!?  As the crew went over to secure the vessel which was adrift. And I had to consider that I had done nothing in seeing the event, but rather it was just orchestrated in time that I had done so… In other words, it was the Lord who simply fixed my eyes upon the vessel at that moment!

Today was much the same type of event, I was feeling in my pocket what felt like crumpled paper, yet when I retrieved it, the item was a waste bag for a dog: at that very moment my Cocker Spaniel had need for it, and I realized that my heart was not out of sync with the Lord at all, but rather on the perfect wavelength with the Father, and what we used to call in military terms as “remaining in the net” in using radio jargon. It seems to me that I was so over concerned about my loving God above my love for the world – (as loving the world more. would potentially crowd God out of my life) so that I was actually “jamming our frequency” in communication (communion) with Him, with false gilt! 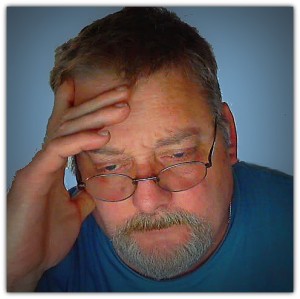 This is a trick of the accuser of the brethren, targeted upon the sensitive heart of one who actually seeks the Lord’s will in his life above all else, in order to discourage. The perceptive fear of falling away from the Lord can be twisted into excessive worrying about being in the right place most of the time.

While in contrast the idea that you are locked into Jesus Christ (ahead of time, in being truly elect towards salvation) and then being sealed, without regards’ to your willful disobedience of the Lord coming into question, is yet another heresy which also destroys the believers walk. This is often called the “once saved always saved doctrine or belief system” that allows exclusion of the Spiritual relationships health (Sanctification) which has been started amongst the believer.

Both belief systems function independent of the Lord God’s leadings in our lives, and are potentially destructive as they rely upon the letter of the law (written word) rather than dependency upon the Lord, who is only followed in spirit and in truth.

Yet in my understanding, I had forgotten about a simple mental bridge which had helped me in the past, and that is;  if I  desire something which was greater than my desire for the Lord, I would become immediately convicted of it.

It also seems to me that being overzealous for the Lord by the flesh, often isolates and retards the simple spiritual “abiding in the vine”, which was helped along by the well meaning opinion of others who shared with me; and then taken by me at face value, without checking with my Lord.

Or, in other words, ( I unknowingly) took it to mean, that  by works of my flesh this was accomplished, and I frustrated myself, by simply trying “too hard” to hear my Lord, (even when he wasn’t speaking to me at that specific moment) and furthermore, this was not done while “walking in faith” upon the Lord!

This is also what can happen when we compare ourselves to others, (spiritually speaking) a most unwise practice, which at the very least leads to discouragement by the tender shoot.

Trust in the Lord with all your heart, lean not to your own understanding, and he will lead you into all righteousness, it’s as simple as that!