This video may completely change your life and relationship with God. It is that good ! Derek Prince shows from the Scriptures what the Bible says the Gospel is. What it means for us. Many people talk about the Gospel without actually knowing what it is. This is a very clear message on the most important teaching in the Bible. It is English audio with Chinese Subtitles

It is very important that we understand the Gospel clearly; so as not to be deceived by often well meaning, yet destructive preaching to the actual Gospel!

This video may completely change your life and relationship with God. It is that good ! Derek Prince shows from the Scriptures what the Bible says the Gospel is. What it means for us. Many people talk about the Gospel without actually knowing what it is. This is a very clear message on the most important teaching in the Bible. It is English audio with Chinese Subtitles

Since this is my web page and ministry, I decided to post this most basic truth of the Gospel.

I painfully became aware after 7 years of fellowship with a legalistic “Lordship Salvation” group on the net; the complete lack of love shown to me, in one of the greatest trials of my life while facing the very real possibility of my my own death, for the second time around! Many of my earlier videos reflect the very sharp teachings of a brother who is so dogmatic in the faith – that he has forgotten about his own fallibility and even has convinced himself and others of “their own righteousness” by a “continual abiding” in Christ! This is a very dangerous and deceptive trap, as even to those who have been truly born again of spirit, should never become so proud in condemning others for not keeping legalism. Or in other words, believe that they have something to do with moving into the Kingdom of God in and of their own efforts!!!

I chose to publish this video on the site as an example to such heretical teachings while using the name of the Lord Jesus Christ, and subverting the Gospel into something the Lord never intended it to be! I would hope that people could learn from my mistakes, rather than having to suffer the consequences in listening to “another Gospel” like I made the mistake in doing!

I know that most of my traffic comes from being one of the original followers of “Lucas Labrador”, ( I will be gracious and not use his real name) who I was ingratiated with for a solid seven years, until Donald Trump got elected a President; and I was later accused of being “chastened of God” for my political views by this “dog”, as for an infection on my heart’s hardware I received while in the military. Which has since been removed by the man who invented laser surgery to the heart, and the Lord graciously allowed me to meet, Praise God!

I may not be the best public speaker, but I can tell you that I have never been a “boot licker” ; once I discover an unrepentant personality disorder in which             * I believe is used  in twisting the Gospel of the Lord for their own following having become devoid of Grace, “puffed up” in exclusiveness, while comparing himself to other brethren and full of Spiritual Pride in attempting to follow the Lord – unlike any other.

I earnestly beseech you to listen to what is being said by Dr. Prince, as it is the most fundamental aspect of the Gospel and Faith in Jesus Christ alone,which you will ever need to live a victorious life in Christ!

By Grace Alone, we are able to become the sons and daughters of God. Our love for the Lord is found by abiding in him, we are helpless without the unmerited favor of the Lord being with us, and indeed carrying us when we haven’t the human strength to move forward!
I have discovered this truth despite many of an objection by some others. I do not need a cult following of many to exemplify the simple truths of the Lord within my life; so I will be limiting future videos until motivated to share some more.
To contact me visit: http://lightshipministries.org and use my contact form to engage with me, if you please.

Stay in the Net.

The Lord moves and works when he wills in accordance to his plans. The most important thing we can do is to “Stay in the Net” (network) with him, to keep the channel open in listening for Him who loves us.

Are we receiving…? No one else can tell you how or when to listen, we just simply keep listening, and then moving in obedience when we are called to do so.

Men may make plans for movements, but it is the Lord alone who directs our paths.

What is in the Equality Act? (link)

What is in the Equality Act?
SUPPORT TRUNEWS: http://tru.news/2ps3OL2
TruNews on Facebook: https://www.facebook.com/trunews/
TruNews on Twitter: https://twitter.com/trunews
TruNews on Spreaker: http://www.spreaker.com/user/trunews

On board one of my tugboats I had a man tell me once that I have had enough experiences for three lifetimes! Of course, I ate up that recognition, especially when constantly made to feel like I was the lesser early in life.

The Character of a person I have always felt was worth far more than earthly accomplishments, and yes, you can have both, but most people get “puffed up” in ego by their status in the world with few remaining humble enough in realizing that most of their personal gains are but a gift from God, and not of themselves!

You will remember that Jesus told Pilot that all the authority he was given on earth, was by his Father who was in heaven. With that, Pilot attempted to wash his hands of the Lord’s condemnation by men!

I have known a few men who remained humble, despite their outstanding success in the world, one was a cousin of mine who had been a paratrooper during World War Two. He understood the value of a man’s character despite his station in life.

But then we will always have the ones who I call the “smoke blowers”; these type people create an illusion of grandeur while projecting their importance onto others. This is not to say that they have not had their successes and experiences in life, only that they tend to be creative in over-dramatizing themselves, often at the expense of others. This is what allot of politicians do, they enhance their importance and sometimes will even fabricate stories, thus drawing more attention to themselves.

Like most people who have known some degree of struggle within their lives, I find these types of people repulsive. I had once met a man who served in the infantry during the First World War (The great War) in France under General Black Jack Pershing; I was humbled and amazed at what was most important to him: wool blankets which he pointed to on our museum ship, he got very excited exclaiming how wonderful it was to have a wool blanket while in the trenches of WW I, in keeping warm from the snow and rain, and then he added, if you had two blankets; boy you were in heaven!

I then realized just how spoiled our society has become to those who had lived 100 years ago! The character of these old timers often embraced the very basics of life’s necessities, as if they were of a great prize, which was very sobering to me!

One thing which remains consistent to me, is that the one who struggles in life, seems to develop a greater character then people who have simply been given earthly wealth and status. And oftentimes people who increase their prominence in the world tend to forget either wear they came from and will often look down upon others, who may have overcome even greater obstacles within their lives!

This goes far beyond race, gender, beliefs, or place of origin; rather I am speaking about the character of the individual soul, the merit of an individual and what they do with what they have been given yet overcome. Jesus Christ, (my Lord) exemplifies to perfection the Supreme character of what a man or women should actually be; he was God incarnate yet was humble enough to wash the dirt from others feet!

This should be the nature exemplified in all of us who claim his Glorious name; yet “blowing smoke” in the face of others we consider as “lesser” should be shameful to us who have been given so very much in being redeemed.

Are You Obsessed by Something? 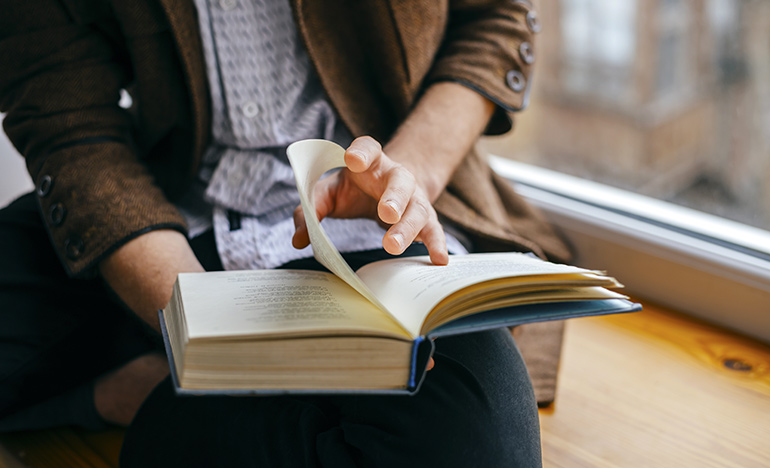 Are You Obsessed by Something?

Are you obsessed by something? You will probably say, “No, by nothing,” but all of us are obsessed by something— usually by ourselves, or, if we are Christians, by our own experience of the Christian life. But the psalmist says that we are to be obsessed by God. The abiding awareness of the Christian life is to be God Himself, not just thoughts about Him. The total being of our life inside and out is to be absolutely obsessed by the presence of God. A child’s awareness is so absorbed in his mother that although he is not consciously thinking of her, when a problem arises, the abiding relationship is that with the mother. In that same way, we are to “live and move and have our being” in God (Acts 17:28), looking at everything in relation to Him, because our abiding awareness of Him continually pushes itself to the forefront of our lives.

If we are obsessed by God, nothing else can get into our lives— not concerns, nor tribulation, nor worries. And now we understand why our Lord so emphasized the sin of worrying. How can we dare to be so absolutely unbelieving when God totally surrounds us? To be obsessed by God is to have an effective barricade against all the assaults of the enemy.

“He himself shall dwell in prosperity…” (Psalm 25:13). God will cause us to “dwell in prosperity,” keeping us at ease, even in the midst of tribulation, misunderstanding, and slander, if our “life is hidden with Christ in God” (Colossians 3:3). We rob ourselves of the miraculous, revealed truth of this abiding companionship with God. “God is our refuge…” (Psalm 46:1). Nothing can break through His shelter of protection. From My Utmost for His Highest Updated Edition

It is the Lord who has shown me that the power to overcome “the sufferings of Christ” within us, is to realize the great love and mercy he has shown to us. It is much easier to be critical with our feelings within, than it is to yield to the Lord’s love within, and to obtain the power to forgive others for the many injustices we may have suffered. Romans 8:37 No, in all these things we are more than conquerors through him who loved us.

We who claim to be followers of Jesus Christ need to examine our motivations when speaking to others. “How old” we are in the Lord, nor even our zeal, will exempt us from speaking the truth in love. Without the love of the Lord in our hearts; we are but a ringing gong or a clanging cymbal!