Depending upon “who you are” being PC or politically correct, which was designed to not make people “offensive” to others; is a form of controlling freedom of expression.

The first amendment in the United States was designed primarily for the protection of dissenting thought, and unpopular speech, both in the marketplace of ideas as well as within the press.

PC seeks to stifle any decent in reason, feelings, beliefs, and individual cognition! I call it Painful Control or Painful Cognition. Political Correctness is the antitheses of what the founders of the U.S. Constitution had envisioned! In fact, it is so destructive to individual liberty that every tyrannical government in history has employed its power to various degrees.

The NAZI’s used it, various Communists use it, Dictators use it, as well as socialists, as it effectively “shuts up” any opposition to the controlling powers. This PC tactic controls the textbooks which are put into print for students, educators, news reports, advertisement, music, and all speech in general.

Therefore, people like, Nimrod, Nero, Marx, Lenin, Stalin, Hitler, Mao, Pol Pot, and others all employed “Political Correctness” tactics starting with marginalization of certain groups of people, and later torture and even mass executions of all conceived enemies.

Perhaps many would consider these extreme examples of PC, but the principle is the same – control over people.

The early European settlers were for the most part people, believers of the Bible, who “constituted” by consent how they would be ruled by government. The founding fathers took this “new idea” of personal freedom into the public press for distribution amongst “the masses” so to receive feed back on their ideas from the public; this was known as the Federalist Papers.

With extensive study of past secular governments; in combination with past kingdoms from the scriptures, combined with their own research and history from the day; they drafted the Declaration of Independence, the Bill of Rights, and  our United States “Constitution” – which was unlike any government which had existed before, all based upon individual freedom.

I really must question if educators, writers, and especially modern-day sociologist, even understand these founding principles, once called “inalienable rights” by the founders of this democratic republic? If they do, then I would call them subversives. If they do not, then they are simply ignorant of our history.

I submit to you; it may be a combination of a deliberate subversive movement coupled with revisionist history in dumbing down the American public towards a long-awaited global takeover! 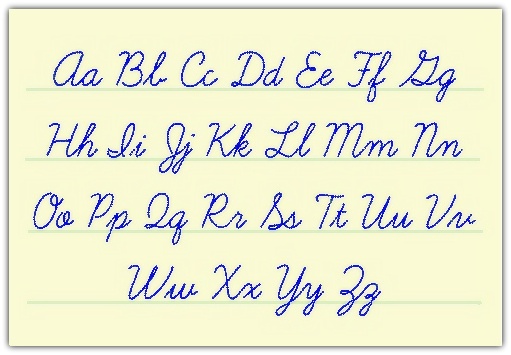 I believe that even the removal of teaching cursive writing (script) in our schools, is not because it is no longer needed in the electronic age, but is much more sinister – it is so that future generations will no longer be able to read, understand nor write historical western documentation of our past! I think that all parents should insist upon the modern education system reintroducing these lessons in preservation of the understanding of humanity gone before us.

I must add some scripture: Hosea 4:6 KJV

6 My people are destroyed for lack of knowledge: because thou hast rejected knowledge, I will also reject thee, that thou shalt be no priest to me: seeing thou hast forgotten the law of thy God, I will also forget thy children.

13 Therefore my people are gone into captivity, because they have no knowledge: and their honourable men are famished, and their multitude dried up with thirst.

Allow me to interject; I hope that PC will never interfere with Biblical understanding, or freedom from the Holy Spirit of the Lord in the edification of His church. Always remember, oppression of truth is of the Devil, but freedom of conscience is of the Lord.

One response to “PC = Painful Control”