AMERICA IS STILL WITH PRES TRUMP (Later half of broadcast)

Long videos don’t upload too well for me, it starts with 8 levels of whiteness on, and for selfish reasons, I wanted to post my call at 9:40 in. I’m hoping Will won’t mind…(2/19/2021) The subject is: “If you could ask every American you would find out that 90% wish Pres. Trump was still there. What was done to America will go down in history as a dark time for the country.”

I called into Unite America First at 9:40 to encourage Will that can never leave you nor forsake you! There is no place our consciences can go to get away from Christ, (even in death) to be separated from Him, once we indwelt and sealed by the Holy Spirit for the day of redemption. Anyone who doesn’t understand this truth as written in 2 Corinthians 5 in the Bible, has a limited understanding of the scriptures taken in contexts; and my Near Death Experience is proof of it – “even if one were raised from the dead, they still won’t believe”!
The full video is on https://www.youtube.com/watch?v=PigMBWoYsBc

Tagged as Near Death Experience, NO Soul Sleep, Reverse Racism

Source: Biden and the Democrats Still Running Scared After Stealing Election – Will Never Hold an Open Event with the American People

The guilty scream the loudest!

This is not my saying, but that of a World War Two intelligence officer, whose son taught me this while in the Army.

Human nature being what it is proves-out this point.

The covering up of their guilt forces them into a full-blown rage to being exposed, consequentially causing them to scream bloody murder to their accusers!

The more they have to hide, the stronger this visceral reaction manifests itself in striking out at the opposition, for fear of paying the consequences of their actions!

Blame shifting, calling right-wrong and bitter for sweet is how the Bible describes it. It is the ultimate in narcissism in defending their selfish wickedness despite who, or what it might hurt in the interim.

The one who holds the high ground morally is of particular concern to this type of deceitful wickedness; much as Christ is accused and sentenced to death by His own people the proud Pharisees of his day.

The judgment imposed by such accusers is murderous in an attempt to stomp out the truth which they might, and ultimately be judged by.

Have you noticed this behavior? The sentencing in an effort to suppress any truth is twisted and targeted at the righteous, who more times than not, are innocent of any crime!

This reminds me of the Presidential election(s), in that the politicians being exposed for wrongdoings are all too ready to squash any exposure to their crimes, and have consistently gone to great lengths to subvert the laws of the land in an effort to hide their ill-gotten gains! 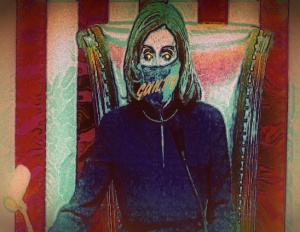 Terms like fraud, treason, sedition, overthrow, a coup, or anything that might stick in an effort to keep deeds of darkness from being exposed to the light are floated in an effort to keep their secret deeds from being exposed. The second Impeachment of Donald Trump has been undertaken, with the ultimate goal of ensuring the man can never hold the power of the U.S. Government again, is the ultimate objective. In this way, criminality at the highest levels of public office remain hidden from sight, and the dirty murderous blood money and power are maintained never to be threatened by an outside influence ever again; they think!

I think that the culture war, or “cancel culture” is just another post-modern effort being made to crush the truth of the Gospel, and the bases of Western Civilization, just like seen many times before in human history. The players on this staging for Satan’s new world order are but puppets in comparison to that wicked fallen angel Lucifer, who is the god of this world and worshiped by all who have the Spirit of Antichrist. Yet these small anti-Christs will pale in comparison to the coming man of sin spoken about in 2 Thessalonians, Revelation 17, and other scriptures in the Bible.

Is it any wonder today that such vitriol is now taken place in this nation; or for that matter, upon the world stage? The Bible tells us that Satan will have his day to rule and reign upon the earth in murderous control of all humanity. Yet his serpentine head will soon be crushed by the Lord (Romans 16: 19-20). 2 Thessalonians 2: 8 And then shall that Wicked be revealed, whom the Lord shall consume with the spirit of his mouth, and shall destroy with the brightness of his coming:

The Gospel of Jesus Christ frees men: Totalitarians enslave them! The dumbest thing I have ever heard is not to include the Lord in Government!

In our ever-increasing immoral society we will see demonic activity grow ever stronger prior to the arrival of the “Man of Sin”, “That Wicked, the son of perdition” commonly called “The Antichrist”. In this video (although I jump around in my thoughts) I try and give a brief description of the demonic oppression which I have learned in my life. The man who trained me in ministry had 3 doctorate degrees and worked as an Exorcist in Baltimore City.